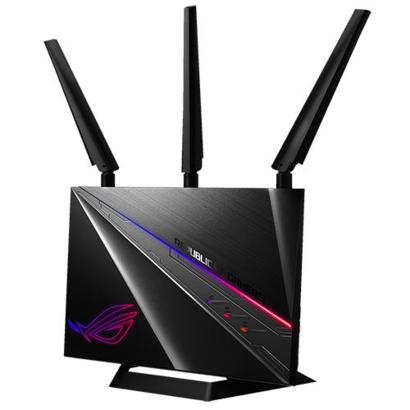 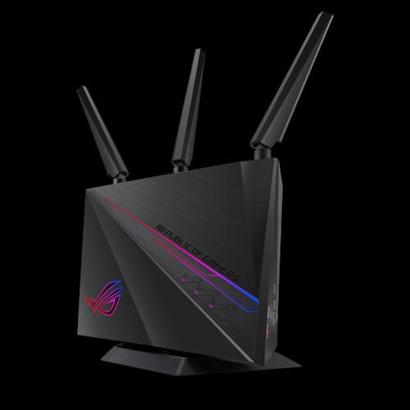 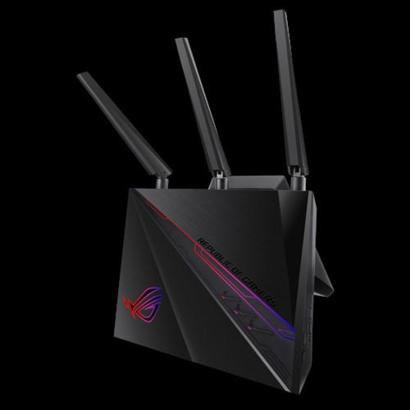 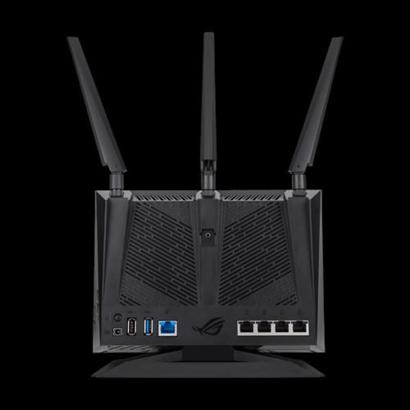 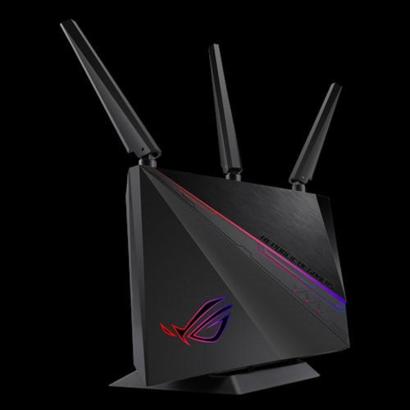 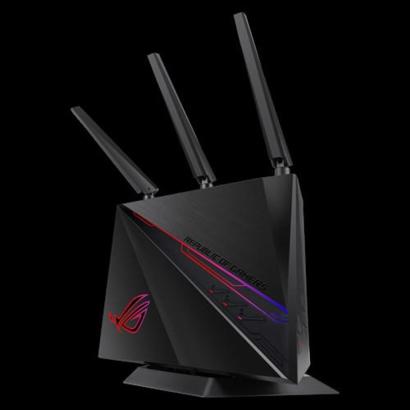 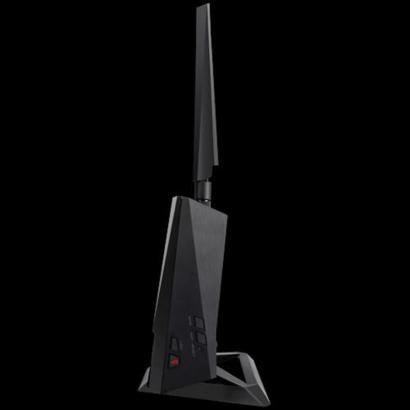 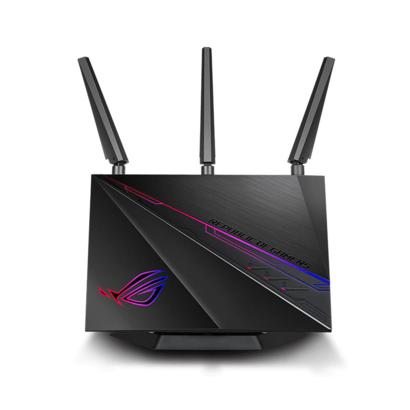 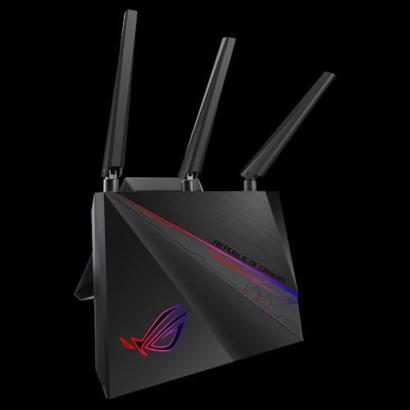 MONITOR YOUR NETWORK WITH STYLE
Featuring exclusive ASUS Aura lighting, GT-AC2900 glows in your choice of colors and multiple effects for a unique vibe that perfectly complements your gaming rig. The lighting can even be set to reflect the status of your network, so you'll know at a glance when your networks are running busy or when attacks arise.

FOR ALL TYPES OF GAMERS

CERTIFIED CLOUD-GAMING ROUTER
GeForce NOW is a cloud gaming service that turns your non-gaming system into a powerful gaming rig, and connects you to over 400 top games, like PUBG and Fortnite on popular PC game stores like Steam and Uplay.
GeForce NOW recommended routers ensure up to 90% of Wi-Fi bandwidth is dedicated to gaming and undergo rigorous testing to deliver the best possible experience and lowest latency for cloud gaming.

STACK THE ODDS IN YOUR FAVOR
When it comes to ranking, a great connection to your game server is critical. Game Radar lets you check ping times to different servers before you play, so you can choose the best one and gain the competitive edge.

SIMULTANEOUS GAMING AND VPN
If you're fed up with virtual private networks dragging down game performance, ROG has the answer. ROG Rapture GT-AC2900 has a killer feature called VPN Fusion, which lets you run a VPN and an ordinary internet connection — simultaneously! So even if other network users need to use a VPN, you can still enjoy maximum gaming speeds.

PORT FORWARDING IN 3 STEPS
Open NAT on GT-AC2900 cannot be easier, it only takes 3 steps. No more frustrating and complicated process needed.

GAME CONSOLE PRIORITIZATION
GT-AC2900 is compatible with all game consoles including PS4, Xbox One and Nintendo Switch. It also features an ROG gaming port that automatically prioritizes your game console within the network to optimize your gaming experience.

FREE YOURSELF FROM CONGESTED Wi-Fi
Connecting your devices to the 5GHz band on ROG GT-AC2900 lets you avoid the often-congested 2.4GHz band, while providing up to 2X faster Wi-Fi speeds. Additionally, optional dynamic frequency selection (DFS) unlocks up to 15 of the least-congested channels on the 5GHz band to provide even more bandwidth for gaming.

MAXIMUM COVERAGE. REMOTE CONTROL.
With AiRadar beamforming technology and specially designed antennas, GT-AC2900 delivers a focused Wi-Fi signal to all your game consoles and other wireless devices, maximizing range and speed to let you play anywhere in the home. And, if you need to adjust network settings, diagnose internet problems or configure port forwarding, the ASUS Router app lets you get it done easily right on your smartphone without having to walk to your router or access a web interface.

WHOLE-HOME MESH Wi-Fi
ROG GT-AC2900 can be connected with other ASUS AiMesh-compatible routers to form a mesh Wi-Fi system that provides seamless coverage to every corner of your home, letting you game anywhere and move around freely without Wi-Fi dropouts.

BE IN THE GAMING ZONE, NOT A DEAD ZONE
The walls in many homes can degrade LTE wireless signals, slowing down your smartphone's connection and resulting in a poor online gaming experience. With its high-performance antennas, ROG GT-AC2900 delivers a strong Wi-Fi signal that easily passes through walls to provide smooth and stable online gaming performance anywhere in the home and provides the additional benefit of saving on monthly LTE service fees.

FORTIFIED FRONTLINE NETWORK SECURITY
GT-AC2900 features AiProtection Pro powered by Trend Micro to defend your network from external attacks and threats by neutralizing them before they can reach your devices. AiProtection Pro even protects devices that cannot install anti-virus software — such as game consoles, smartphones and IoT devices — giving you added peace of mind. The lighting on GT-AC2900 can also be set to remind you when attacks arise.