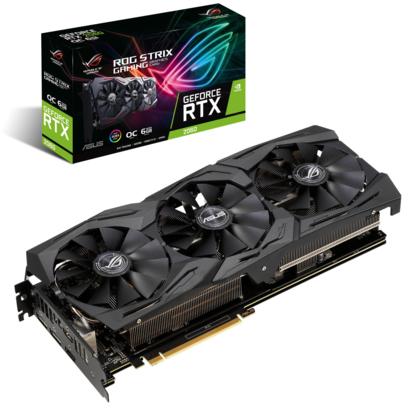 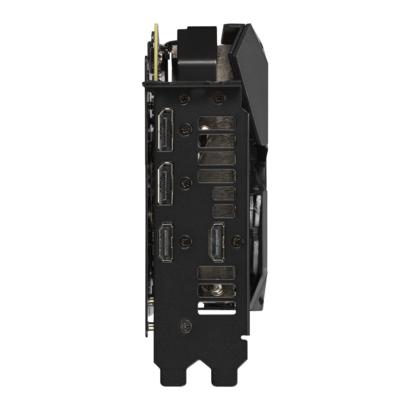 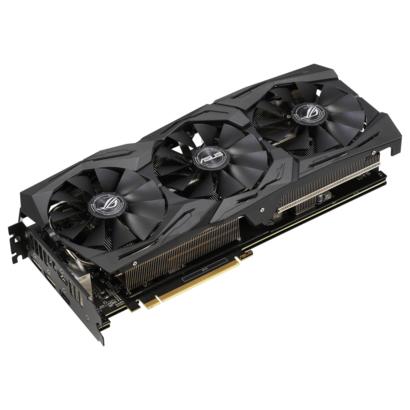 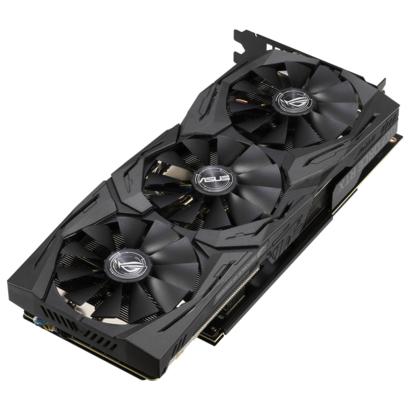 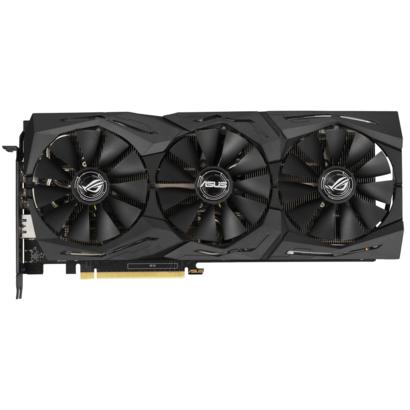 OUTSHINE
THE COMPETITION
The ROG Strix GeForce RTX™ 2060 empowers NVIDIA®'s latest GPU with a serious cooling solution, setting the stage for high-stakes gameplay. An automated production process ensures reliability, and tried and true Wing-blade fans let Turing™'s performance shine. And with an arsenal of utilities that allow you to customize and tweak this powerful hardware, you call the shots.

MaxContact Technology
Precision-machined heat spreader
MaxContact is an industry-first technology that utilizes precision machining to create a heat spreader surface that makes up to 2X more contact with the GPU chip, resulting in improved thermal transfer.

Auto-Extreme Technology
Precision Automated Manufacturing
All ROG Strix graphics cards are produced using Auto-Extreme Technology, an automated manufacturing process that sets new standards in the industry by allowing all soldering to be completed in a single pass. This reduces thermal strain on components and avoids the use of harsh cleaning chemicals, resulting in less environmental impact, lower manufacturing power consumption, and a more reliable product overall.

Reinforced Frame
Architecture FTW
Our engineers have boosted the ROG Strix GeForce RTX™ 2060's structural integrity by 3X with a metal brace that prevents excessive torsion and lateral bending of the PCB.

GPU Tweak II
Monitor, Tweak and Tune
The ASUS GPU Tweak II utility takes graphics card performance tuning and to the next level. It allows you to tweak critical parameters including GPU core clocks, memory frequency, voltage settings, and more with the option to monitor everything in real-time through a customizable on-screen display. From fine-grain performance tuning to advanced fan control, GPU Tweak II has all the tools you need to get the most out of your graphics card.

Quantum Cloud
Profit from GPU power
Quantum Cloud is a simple and secure service that lets you effortlessly earn extra money by putting your idle GPU to work. Through an easy-to-use app, your computer can help run cloud-based applications, making you money in the process. Earnings are automatically transferred to your WeChat or PayPal account, and your privacy remains intact because no personal data is stored online. Get started making money today!

Aura Sync
Outshine the competition
The ROG Strix GeForce RTX™ 2060 feature Aura RGB lighting on both the shroud and backplate. Get Aura Sync software to connect your compatible products for a completely customized gaming setup. You can sync to music, change color based on temperature, or select from a large number of patterns and static options, so make sure to look out for the Aura Sync logo when you're picking parts for your build.

Stealth mode
Be a ninja
Sometime you just want to turn off all the lights… That's why we've outfitted the ROG Strix GeForce RTX™ 2060 with a convenient stealth mode button. Give it a press and you'll instantly transform from a master of the color-verse into a stealthy ninja.

Dual Bios
Choose wisely
Do you prioritize low core temps or low noise levels? Performance mode will let the fans spin up to keep the card running cool all the time. Quiet mode keeps the same power target and top-end settings, but offers a less aggressive fan curve for quieter operation at medium temps. For even more customization and control, check out our GPU Tweak II software.

ASUS FanConnect II
Smarter fan speed
ASUS FanConnect II features two 4-pin, hybrid-controlled headers that can be connected to both PWM and DC system fans for optimal system cooling. Connected fans react to GPU and CPU temperatures, so that your system is optimally cooled no matter what you do. A comprehensive set of tuning options allow you to tweak fan speeds for your preferred balance of cooling and acoustics.